Don't you think filmstars , celebrities and every other person who has loads of money and who is constantly in the limelight , is so lucky ?!

Even i thought so , until recently .

And I am Sameera . Ayesha's school buddy , short , dusky , average looking . I do a small 9 am to 5 pm job , run around to make ends meet , but look foward to getting home every evening to hug my child and dine with my husband . It gives me immense pleasure to to finish work at office and run home to be greeted by people who care about me . My parents , often drop in to check whether everything is alright and my family is doing well . Brings a smile to my face .
Also , my best friend often brings home some biryani so we can share dinner and which saves me the effort of cooking after a tiring day at work , since i cannot really afford a cook or maid .

Just last week , i banged into a school friend . Not that i hadn't seen her in long . I had , but she hadn't. Ayesha.

Lets meet Ayesha , 28 years of age , a successful actress and super model , tall , slim , beautiful , rich , successful! ( Yeah , i know you made an image in your head and already muttered to yourself , 'So lucky' !)

It was ages since we actually caught up . She called me over to her place .
At the doorstep of her mansion (yes , it wasn't even a house ) i was astonished , and thought to myself , 'She wears pretty clothes , travels the world , and has so much money and luxury ! Her luck has shone brightly'. 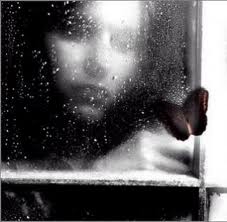 Ofcourse , since it was so long and i had a family now , we had so much to share . Or well , maybe i had so much to share . Because after hearing me talk so much , Ayesha was overwhelmed . When it was her part to finally narrate her life over the years , she had nothing much to say . She finally uttered that her life was artificial , very pleasing to the eye . And to show to the world , she had luxury , comfort an money , but when she got home , she had no one to ask her whether she had eaten her meals , nor was there anyone to share them with her .

To the outside world it seemed that , Ayesha had so many fans and so many people who would care for her , but no one saw how artificial that was ! Ayesha was a loner at heart and in one of the most crowded cities of the world , Delhi , she felt she was all alone.

At that moment , i cant express how i felt . Maybe i just felt blessed . We lived extremely contradicting lives , she had so much , yet nothing ! While i had nothing , Yet i had so much !


P.S: Any resemblance to any character living or dead is purely co incidental.

P.S.S: This is yet again a part of Awesome April ! www.mytalentissowasted.blogspot.in

"Enjoy the small things in life , the big ones , are usually artificial" - Pamela Aderson

Posted by PinkPebbles at 12:18 No comments:

Each time she heard a knock on her door , she yelled for help .

No one heard her painful cries . You know why ? Because she asked for help to get rid of pain from who made her go through that pain .

Shyamli's parents were not particularly well to do . Her father worked at a construction site in their village  . The builders had been promising returns when the mall was ready , which ofcourse never happened and in exchange , these labourers were paid a meagre income of rupees 50 a day where Shyamli's father had to feed 6 mouths . A question that would arise to your mind :
If he didn't have the affordability then why so many kids?

Not that i have ever understood the need and importance of having a male child , its common belief in ancient India (and yet recently also ) , that male child is the heir to the family . And having a female child is like an ill omen .

So back to the Shyamli , her parents (like a lot of parents who are uneducated and are part of  the social 'not having a boy child' stigma) , decided to sell Shyamli.

Yes , however horrid it may sound ! Their poor 9 year old daughter who was sold to a prince from an arab country . While most kids her age were playing and enjoying , Shyamli was giving in to the sexual pleasures of someone , her grandfather's age , only so that her family could receive a little money !

Not that it was all that easy to take her away . Her school teacher , did confront Shyamli in front of the entire village before they took her away , as to whether she wished to say anything with regards to where her parents were sending her . Although she knew , she decided to keep mum , because her father had threatened to beat her up if she opened her mouth . Her mother , who could feel the pain , was too over powered by her dominating husband , too much to help her daughter .

But this my friends , is the sad state of affairs in India today . Rape , polygamy , etc are becoming increasingly common due to fall in the sex ratio in India  , especially in the northern states . Since sex determination has become so common and convenient , female feotecides and infanticides have increased ! Spread awareness , educate women and let try and make this a female dominated society ! Gone should be the days where men ruled ! This might not go down too well with the men !

P.S: This article is very cliche and something everybody knows , but im just doing my bit by spreading a little awareness. 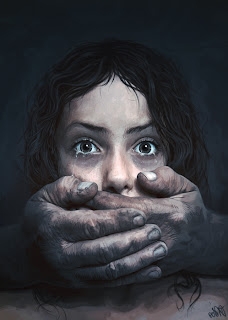 P.S.S: This article is a part of my best friend's Awesome April !www.mytalentissowasted.blogspot.in
Posted by PinkPebbles at 11:30 No comments:

Do what You Love , Love what You Do!

I have no qualms in admitting that i am not exactly fond of what i currently doing . My job does not interest me , even a tiniest bit ! No , that does not mean my colleagues or office is bad , they're really nice people , but just that , this work is so not my cup of tea ! 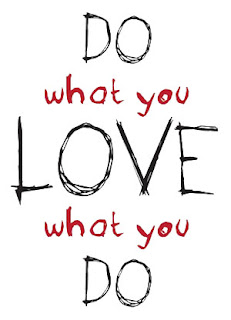 Yet , i stuck to the decision of continuing this job ; because i thought , "Heck , nobody loves their job ! But then thats the whole point ! You are supposed to love your hobby because it makes you feel happy ; but you are supposed to do your job because it fetches you money ! "

But you know my bwoy ; that aint true ! On a recent assignment , i went to audit a famous music store in the suburbs of Mumbai ! And this was my 'favouritestest' assignment to date ! Every person who worked there , did were doing what they loved the most in the world ! The store manager , plays the piano , and boy , he's good ! The Guitarist , so amazing ! And he , handles the guitar section ! And so is the drummer ! The most amazing among these was a part time employee ! He is an architect by profession but music was always his first love ! So he agreed to take up a part time job at this store ! 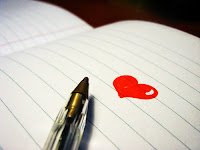 In their free time ; that is when they were not attending to any customer , these guys jam together ! So basically , each day , they wake up to do what they love the most ! It got me thinking ! Maybe everyone should take out a little time of their busy schedule and do what they love the most , everyday ! Like me , i like to write , to express my thoughts , so i took up writing this blog ! I might not be the most amazing writer in this world, but it makes me feel happy ! So this is that one thing that i have promised to do , for myself !


I request you all , to take out half an hour everyday from your busy schedule , and do what you love ! Believe me , there is no feeling like this feeling ! So , lets all make a resolution !
Posted by PinkPebbles at 03:10 1 comment: