Shimmering bright lights -red , blue, green , yellow; garlands of flowers -the pretty red roses , fresh Lillis , blue orchids and of course , the Indian Favourite , soothing to the eye,genda ka phool ; the decked up interiors, the studded lehengas , the clutter of merry kids running around , the red nail polished manicured hands , the fragrance of the dark brown mehendi , the thumping of  drums  , the magical sound of the shehnai , the over the top decorations , the well dressed relatives , the red velvet entrance .

It was this picture perfect view , Simran had always wanted for a wedding . It was the dream day of her life , kyunki bachhpan se hi usse shaadi karneka bada shock tha by god .

Just as she waited in her room for Raj and his family to enter the mandap where her mother was waiting to pull the groom's nose , her cousin Geet mentioned ''Finally , the day has arrived when you will marry the man you chose , the love of your life , Raj .''

As she said this , Simran became teary eyed, she went into a daze ...

*** Meet Simran , the cute , chirpy , sabki favourite , dancer by day , dreamer by night girl . It almost seemed  like ever since she was a child , her ultimate aim in life was to get married to who she loved , not to somebody her parents thought would be ideal for her , because her perception about Arranged marriage was that she would be treated as a cook for the rest of her life . Although her parents came from an educated backgroud , had had an arranged marriage despite which her mother was a successful college principal , Simran's views always differed . 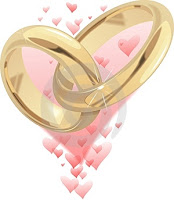 Meet Raj , the handsome , dark , tall  boy . Absolutely Mills & Boons. The minute she had seen him , she had fallen in love with him . Her parents thought very highly of him and approved of her choice . Simran was overwhelmed about the fact that her parents approved with her view on her having a love marriage , even thought they had their apprehensions.

Well , what if in a very unusual situation , a girl's parents approve of her choice of having a love marriage but the boy himself opposes this view ? Yes , Raj was a believer in Arranged marriages . His parents had had a love marriage and were more than happy in their lives ! But Raj believed that it was a mark of respect to his parents to get married to a girl of their choice .

You may call him stupid , but this very quality of his made Simran fall for him . She knew that all she had to do was convince his parents that she was an ideal life partner for him. She did all she had to , until his parents were satisfied . During this course , Raj also realised , how important it was to know somebody with whom he was going to spend the rest of his life , after all he had seen his best friend's arranged marriage fall apart . He started to acknowledge Simran's efforts to convince his parents , began spending time with her and helped her win everybody's heart .  He instantly felt the comfort with her , he could sits hours next to her without speaking a word , and this was truly magical , for Raj thought , talking to somebody for hours , to easy , but sitting next to somebody for hours without talking , without any awkwardness creeping in , indeed makes that person special .                       *** 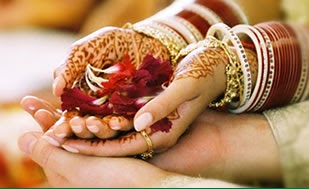 Marriages are made in heaven , love or arranged is just a means to get to the final destination , so how does it matter ? Love ya arranged , marriage is amongst the most beautiful relation man kind will ever see .

This post is a part of the Indiblogger ' Love Marriage ya Arranged Marriage contest ' . To know more about this show that stars on Sony Television , please log on to :     http://www.facebook.com/LoveYaArrange
Posted by PinkPebbles at 11:09 No comments:

Did you miss the best event that happened in Mumbai last week?  Did you miss Nokia Apptasting Indiblogger's Meet ?

Lets  try and re live all those moments right here on my blog .
Go on , read through & feel mesmerised !

I was waiting for this moment , to get on  stage ! No no , I didn't want the silver wrapped gift , I just REALLY wanted to get up there . 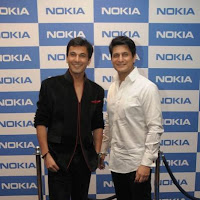 Wondering what I'm talking about ? Well , it was the Nokia Apptasting IndiBlogger's meet in Mumbai ! With Taj Lands End as their venue , Nokia as their sponsor and the oh so handsome Vikas Khanna and Rajiv Makhni as hosts , it just couldn't go wrong ! (Haan , haan sach toh yehi hai ki mein wahaan hosts ko dekhne gayi thi ). So I walked into this beautiful ballroom kind of hall , full of guests , registered myself and had this moment of fame where the screens said *Ketki Barfiwala just walked in- one minute ago* ! That moment was happiness personified !

Then happened a little interaction with some amazing bloggers before a very very entertaining opening ceremony , the best I've ever seen took place ! The indiblogger guys just walked in and said *Indians by birth , bloggers by choice* and made us hug and greet the bloggers around us . It was so warm and welcoming and I just had jitter run through my body ! I said to myself "wow , this is some place to be in " !

The concept behind Nokia's apptasting meet was to reveal the applications featured in the Nokia Lumia Series and about appreciating and getting to know food better and ofcourse , the relation between these two . That clearly explains why , the chef who has authored 7 cook books , owns a restaurant in New York , and who has served at the White House , Mr. Vikas Khanna , was hosting along with the man with an awesome sense of homour , who makes  the crowd happening , The  Tech guru Mr. Rajeev Makhni!

So the first round , 30 seconds of fame , Where the screen displayed the name of a few chosen bloggers ,  to get on stage and pick any one host's side , Vikas Khanna's for food and Rajiv Makhni's for technology . Every time it was the next blogger's chance , I would pray it was my name because mujhe toh bass stage par jaana tha . If I had to pick a side , I would definitely pick food , because i know a lot about food I'm totally true to my surname , Barfiwala it is ! But , mera number toh aaya hi nai ! Nonetheless , this round got me introduced to some really amazing people , whether it was the bloggers from Surat and Pune , or the blogger who loves phones too much to have each for more than a week and has had 530 phones so far , or the youngest 12 year old blogger or the most experienced , youngest at heart grandmother blogger .

Moving on , the hosts made  the evening a wonderful experience with their witty sense of humour , got interactive with the audience and introduced us to such mesmerizing features of the Nokia Lumia Series which we never knew existed ! Like did you know about the cocktail app wherein people like me who do not know what kind of alcohol would match their meal , can just read through and will get the possible solutions ! Can you believe it just got so easy ?! 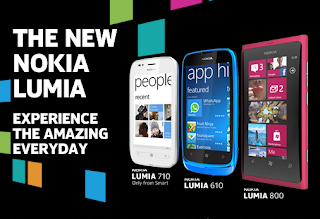 In the midst of these Poonam (Nokia Executive) came up and said , here is your chance to pick an app you really thought shouldve existed and if your app is really possible to create (Unlike Vikas Khanna's most wanted app - one that will great his beeji 'parui pauna' while he is miles away in New York) Nokia would announce the launch of such an app soon ! I wanted one but I was too excited and couldn't think of it that time ! I want an app that can help me capture my thoughts then and there so I don't forget and can blog about them later ! Like for instance I picked up some amusing thoughts  from topics discussed at this meet to write about on my blog , but I've already forgotten . I hope Nokia is listening ! I want my app!!
*** 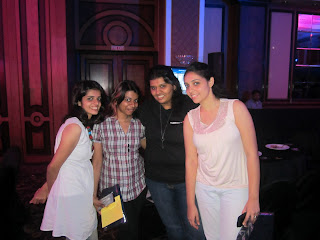 So when I got up on the stage , next to the hosts*excited* , they said this is a competition that will have a unique round as the finale , one that no competition has ever had . The excitement rose . But little did we  know that our jaw would drop the next minute on hearing , it was a Quiz ! I mean , look at me ! I'm not a quiz person . And especially if its technology , I'm challeged ! No , I really am .and so was my partner . We thought we know a lot about food , but there is so much to food ! Obviously , we didn't know ! The first two rounds were a little embarrassing because nobody knew anything! But our friends managed to do pretty well and also scored their extra points for their dance moves ! The third round got interesting as the team who eventually ended up winning (My friends!), got an amazing full score ! But the round that stole the evening was the last round , blind folded food tasting , where we had to taste a dish and guess its ingredients!it was genuinely , one of the most unique games ever!we came third , embarrassed ourselves a little but I was so happy to just be up there ! And we got really lucky to have won the Nokia charger for participating . The surprise for the evening was that the winners of this quiz would win the Nokia Lumia 610 ! Banno ki Saheli , our very own sahelis won this and the excitement knew no boundaries !

But the most adorable part of the evening was after this ! Indiablogger , the dashing baby turned five and this called for a cake cutting ! I love cake cuttings , and this cake was chocolate mousse *slurppp*. There was so much excitement , a vibrant atmosphere and heap loads of photo sessions.  Followed by a beautiful round of drinks and dinner , lots of socializing and interaction , we walked home with an Indi blogger T-shirt , and a hundred  unforgettable moments to be treasured for life ! 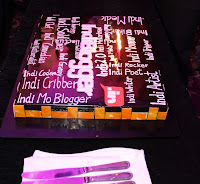